A downloadable game for Windows

Disclaimer : This is a prototype made on Processing for testing and feedbacks purposes. Feel free to share your opinion or any suggestions in the comments section. Of course, this is not representative of the possible final state of the game.

Warsight ACW is my first personal game project. This is a strategy turn-based card game letting you embody a general that know only one thing of the battlefield: his board, his commanding tool.

Despite the abstraction of the mockup, human lives are at stakes behind it and you need to manage them and get your army to victory. Therefore, you need to think about your men differently compare to any other kind of ressources.

The goal is not to destroy your ennemy but to do the cleaniest battle possible by finding balance between ethics of war and battle performance. You can technically beat your opponent by destroying its army, but your battle score will be crap.

Optimize your recruitment, think your movements, anticipate the ennemy ones and avoid getting into a bloodbath.

The idea behind is to make the player think differently its army from other strategy game where soldiers are just considered as a numeric ressources like any other (or at least this is what I am aiming for). Possessing cells and not spending too much ressources will make you earn battle points. Killing opponent units will penalyze you.

Obviously there are still a lot of stuff to do to. On top of that, be aware that I'm a game audio student first. I'm not a programmer, a game designer nor a graphic designer, so keep in mind that this prototype may feel a bit sketchy (it surely feel a bit sketchy).

Just for precision, the downloadable folder may be a little bit heavy because Java 8 is embeded in it as well.

And that's all basically...

If you can't play with your friend physically, you can still use Parsec to share your mouse with him/her ;)

Thanks a lot Mark Maritato and Bradley Schmehl for letting me using some of their artworks in this prototype (in this case, for the units artworks). Find out more of their work here: http://maritato.com and https://www.bradleyschmehl.com/.

And finally many thanks for their help when I had difficulties:
Guillaume Alves
Mathieu Belkhenchir
Nicolas Leray
Théo Olivier
Fabrizio Santoro

Thanks and hope you will enjoy this prototype :)

I know how I'll spend my evenings now 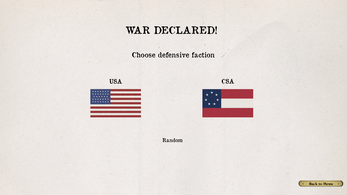 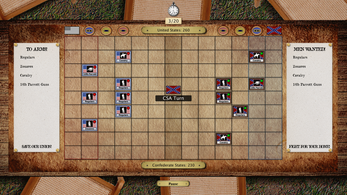 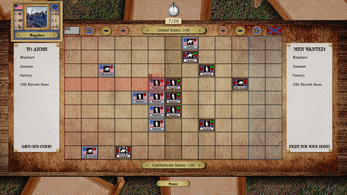